Much to our disappointment, as soon as we got out of our cars – down came the rain AND wind!  However, it wasn’t too cold so we held onto the hope that it would clear up later and carried on with our long awaited ramble.  We were accompanied by James of the West Sussex Wildlife Trust and who is passionate about nature and has a wealth of knowledge at his fingertips about the reserve and its wildlife occupants.

Rye Harbour is one of Britain’s most important conservation sites and is composed of interlocking shingle ridges, saltmarsh, intertidal grazing, reed beds and saline lagoons with some 4275 species of plants, animals and birds including more than 200 rare or endangered birds and mammals.  There are five birdwatching hides accessible to wheelchairs and mobility scooters from where we were able to watch a huge colony of Cormorants, some perched in trees around the lagoon, as well as some fascinating water fowl such as Greenshank, Little Grebe, Crested Grebe, Lapwings, an unusual visitor called a Ruff – a wader not often seen so very exciting, mute Swans and their cygnets, Little Egret, Shellduck, Greylag geese, Oystercatcher and many, many others.  Everywhere you looked there was something to see or something developing. Even for a not too keen birdwatcher it made compelling viewing, as well as giving a little shelter from the rain and somewhere to have lunch.

We went past the abandoned Mary Stanford Lifeboat House which remains as a memorial to the 17 men forming the lifeboat crew that perished in the 1928 disaster while they were trying to go to the aid of the “Alice of Riga” a small steamer which had been involved in a collision. We then progressed away from the coastal path over the fields to Camber Castle which was built by Henry VIII between 1512 and 1514 as an artillery tower, in 1539 it was extended and further extended during 1542/3 until it became a large concentric artillery fort with a central keep surrounded by four circular bastions and a circular entrance bastion.  A very commanding sight it is too. There is a memorial stone there for Fl/lt. Harry R Hamilton who died on 29th August 1940 when his Hurricane crashed near the Castle as he was protecting our coast from enemy bombers. All details on https://sussexwildlifetrust.org.uk.  Makes very interesting reading. From there we went past Castle Water where there are even reedbed specialists the Bittern, not that we saw one on the day.  There is a lot of history to Rye Harbour and it is easy to look up on the internet and learn more of the interesting facts I have very briefly outlined.

An interesting plant growing profusely on our way homeward bound was the Marshmallow plant, very like the wild pink mallow we see everywhere but a very erect growing plant covered in  ghostly pinky-grey flowers, very beautiful and favours salt marshes with moist sandy soil for their habitat. We arrived back at the car park after a rather wild wet & windy, but then sunny, day with everything explained with great expertise by James.  A super day and we hope to repeat it next year, perhaps in the breeding season when the birds will be even more active than today. Many thanks to all who took the trouble to travel the long distance involved, and to James for his patience and knowledge.  We were able to give a nice donation to the Wildlife Trust as a small gesture of thanks for such a good time. 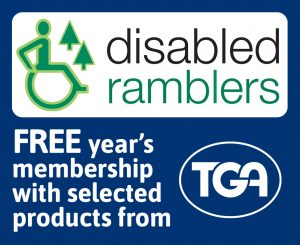